Well on an election day there's no gig i'd rather be playing than the raw and real Royal Mail Hotel in Goodna. We arrived to the awesome sounds of Adam Brown turning out some cool slide sounds on his resonator. The room was a little light on punters but was steadily building as the riders from the 'Bikers against Child Abuse' fund raiser started to roll in.

'The Chix' were holding down the fort at Brisbane's Home of the Blues while many of the loyal, regular RM crew were away at the Blues on Broadbeach festival. We missed you guys....... But as the arvo wore on a few familiar faces came through the door to make us feel at home.

It was always gonna be a strange gig for 'The Chix' without Clare our drummer, who was down with Bronchitis. But we enlisted the help of the wonderful Cecil Nunis -(aka 'Cecilia') for the day, to fill in for her and he did an amazing job. Thank you Cecil xx  In case you didn't know Cecil facilitates the Thursday Jam at the RM once a month, so get down and have a play with this fabulous drummer and all round nice guy.

In the end, as always, we had a great time at the RM. Big thanks to all who did come down and support us and to Andy and his hard working team. We can't wait to see ya'll again soon. 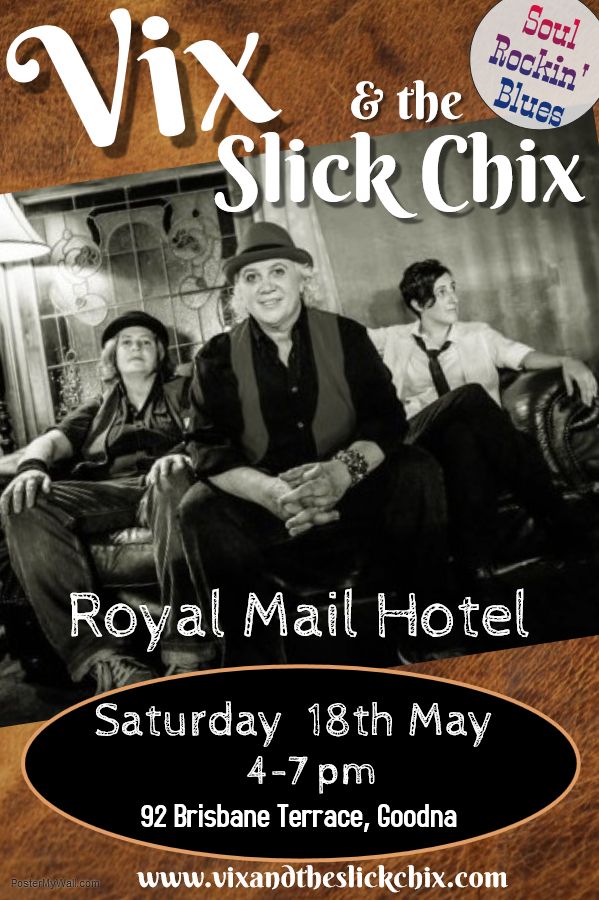