We had a great gig Saturday night at the Morrison Hotel. Sadly It was our last gig at The Morry for a while as they are just not getting the numbers through the door to sustain the Saturday night  Blues sessions. They are looking at trying other genres to see if they may get a few more warm bodies in the place.

Having said that we actually had a fairly decent number of patrons on the night considering there was so much happening around town.

We finally got to try out our new Optikinetics K1 Light. The psychadelic oil wheel was just awesome and set the tone for the evening, prompting Vix to sport a Fro for the night, and regularly hit up the wah wah pedal! Clare opted to play her just recently completed  Psychadelic wrap Vintage Yamaha kit for the evening which looked very groovy under the lava lamp effect!

Being our last gig we tried to mix it up a bit and added a few tunes from our other repertoires into our regular blues and soul mix, which was loads of fun.

We had our awesome Blackbird PA System cranking, as we tested a few new originals....even a couple of country flavoured tunes which were well received!

A big thank you to all who came out to support our last night at the Morry,

We'll be actively seeking a new Inner Brisbane gig so we can continue to party with ya'll. Stay Tuned........
And many Thanks to The Morrison for their support over the past year. 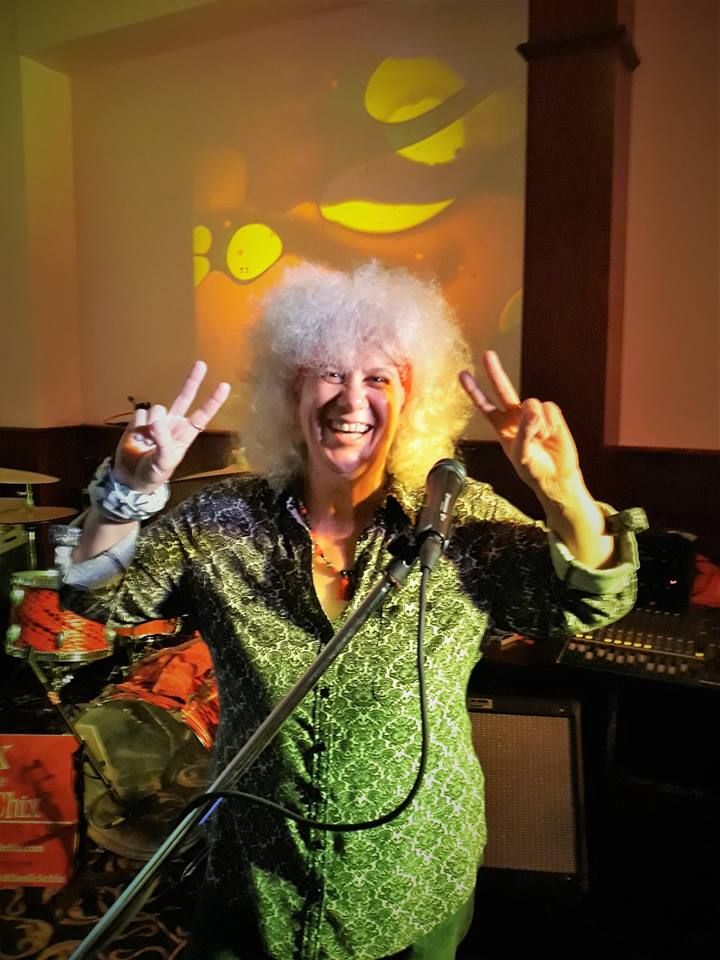