Wow, We're still recovering from a big weekend at The Eudlo Music  Nights. What an awesome little boutique festival it is! There were so many great acts on the bill and such varied styles and genres to keep it interesting. The festival theme was return to Woodstock to celebrate the 50 year anniversary. It  was held over 2 days and had  2 stages running, so the music never really stopped. The paddock stage featured several rounds of open mic and songwriters showcases, which was highly entertaining as you never quite know whats coming next. There were also other activities running in a 3rd area including Kids workshops, Chess with a difference, Cajon building workshop, Guitar repair and maintainance workshop, Cups and body percussion, Bird watching tour, Yoga class, Maypole dancing and Latin Salsa workshop.

The main stage opened with an awesome Duo- Lindsay & Luke Drummond who delivered some great original tunes mixed with select covers including Several Fleetwood Mac tunes well suited to  Lindsays Stevie Nicks style voice. They were followed by The Karen Law Band a family folk band with great songs and beautiful harmonies.There was so much great original material being presented. Just prior to our set was Fly little Sparrow who brought us more fabulous harmonies and well penned original tunes.

The Chix were excited to hit the stage at 5pm with a set of our Original songs which were well received. After our set it was time for the Return to Woodstock tribute concert  & fashion parade presented by regular members of the Glasshouse Musos. Man that sure worked the crowd into a frenzie  and got the evening session off to an exciting start.

First band to hit the stage after dinner was Jeunae from black mountain, who i must confess i didn't see much of as i was drawn along with many of others to see what all the hooting and hollering was about on the paddock stage. There we found Muddy n Petal  band tearing it up with their raw , energetic and highly entertaining set.

I arrived Back at the main stage in time to catch the very cool Rockabilly sounds of Bearded Betty who had the crowd up on their feet. Next was my favorite band of the weekend Zumpa who transported us to forgotten fishing villages, moonlit olive groves, and a hard life under a hot sun where peasants play music to celebrate life. Their sound and energy was authentic folk, gypsy and Italian world music & had the audience both mesmerized and energised as dance floor swelled and bounced to their music.

The last act onstage for the night was Palamino who immediately got my attention with their female double bass player who was also the lead vocalist. They played an awesome set of blood pumping Rockabilly tunes and kept the dance floor filled until the lights went down. Then it was time for jamming around the campfire.

The next day was filled with more awesome entertainment, more than i have space to tell here...... But i must say the highlight of the day for me was Rob Longstaff, who had great tunes and a huge stage presence to match, if you've never caught his act i can highly recommend it.

A big thanks to Micheal Whittaker & all the volunteers and hard working Glass house musos members for putting on a great festival which is steadily growing into something the region can truly be proud of. 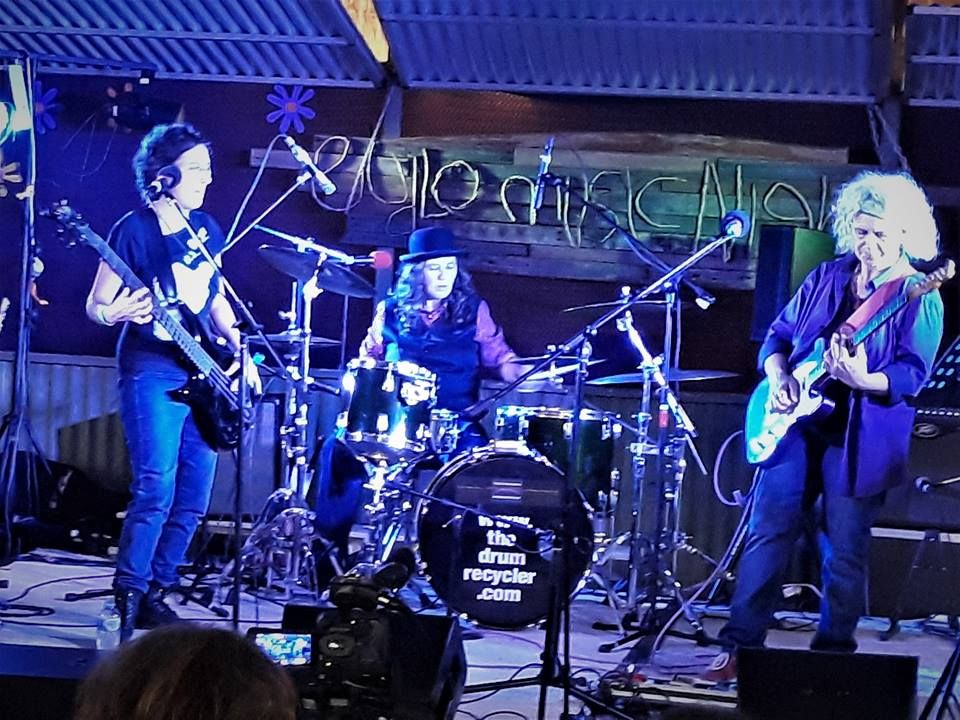